Skip to main content
Thursday 20th April 2023 at 10.45am and 2.15pm at The Henley Rugby Club
Andrew Prince
For the series and film Downton Abbey, Andrew was commissioned to make many jewels for the main characters and this inspired him to create a talk based on this unique period.
(Please click on the blue print above to continue reading)
Jewellery and Fashion are often seen as two entirely separate and distinct fields of design, but this is very far from the case. In his talk, Andrew guides you through the extraordinary decades and events between 1890 and 1929, where the great couturiers collaborated with the finest of jewellers to produce jewels and clothes of outstanding quality and glittering opulence. Along with this, he illustrates the clients and patrons who commissioned the jewels and shows how they were worn with their sumptuous gowns. 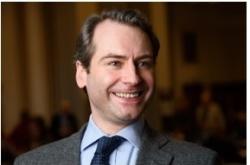 Andrew Prince has had a passion for jewellery since he was a small child. In fact his enthusiasm can be traced back to the time when, at the age of three, he swallowed one of his mother’s pearl earrings having found her jewel box hidden from him in a cupboard. The very first piece of jewellery he created was a ring made of copper wire pulled from the back of a television. He presented it to his grandmother (it turned her finger green and gave her a rash). He then created a necklace for his mother using beads taken off her wedding dress (she was not at all happy).
In 1980, when he was nine, Andrew's mother took him to the Princely Magnificence exhibition at the V&A, exhibiting Renaissance jewels dating from 1500 to 1630. It proved a revelation. Dazzled by the splendour and opulence of the jewels on show, Andrew decided then and there that creating jewellery was what he wanted to devote his life to. His passion for jewellery grew when, in 1984 on his first ever visit to Bond Street, Andrew viewed an exhibition by Castellani and Giulianoe at Wartski & Co’s. While there, he was allowed to handle beautiful 18th century gold boxes and magnificent imperial Russian pieces by Fabergé. In 1987, just before leaving school, he took time off to visit Geneva to view the astonishing Sotheby’s auction of the Duchess of Windsor's jewellery collection. Here, for the first time, he held pieces created by some of the world's greatest jewellers, fashioned from only the finest of stones and set in designs of outstanding quality. For the young Andrew, it was a life-changing experience.
In August of that year, two weeks after his 16th birthday, Andrew started work in London’s Bond Street, working for The Antiques Roadshow expert Ian Harris. Under his guidance, Andrew developed an appreciation for jewels that were valued for their quality of design and craftsmanship, rather than for how much the stones in the piece were worth. He then joined the renowned contemporary jeweller Elizabeth Gage and worked with her on the design and production side. Through her and her private collection, Andrew was able to see and handle rare and extraordinary stones with names such as Sphene, Andalusite, Spinel and Dioptase, many of which are far rarer than diamonds. Elizabeth Gage was to have an enormous influence on Andrew's sense of what was possible within the realm of jewellery design.
Andrew's taste for fine 'costume jewellery' can be traced back to an antique market, where he came across a late Victorian brooch set with what he initially thought were emeralds and diamonds. They were, in fact, crystal and green glass set in silver and gold. He realised that beautiful jewellery didn't require expensive stones, and that it was the elegance of the design and the quality of the workmanship that truly mattered. Private commissions then started to trickle in. The trickle turned into a flood, as celebrities such as Michael Jackson (a large crystal and pearl shoulder jewel) and Shirley Bassey (necklaces) were seen wearing Andrew's creations.
In 2002, the V&A commissioned a collection of jewels to accompany the resplendent Tiaras, Past and Present exhibition which became one of their most popular exhibits. The exposure gained by the show then led to Andrew's jewellery appearing in film.
In 2005, he was asked to make tiaras and jewellery for Mrs Henderson Presents starring Judy Dench. In 2009, pieces were commissioned for The Young Victoria starring Emily Blunt and Miranda Richardson. In 2012, he was chosen by the creators of Downton Abbey to supply a large collection of jewellery for the third series. The characters played by Maggie Smith, Shirley Maclaine, Elizabeth McGovern and Michelle Dockery were all adorned with elegant tiaras, combs, earrings and necklaces designed and created by Andrew Prince.