Every year in March the Arts Society Henley sponsors workshops in schools as part of the Henley Youth Festival.

This year the workshops took place from 5 th -9 th March and formed part of the Festival’s 25 th anniversary titled “Celebration”. Over 5 days there were 23 workshops in 11 schools to 762 children involving 58 hours of creativity. The children created 80 screen printed T-shirts, 110 giant cupcakes,90 lanterns, nearly 200 puppets and many metres of bunting. They produced some amazing animations and unforgettable models from the contents of Dr Brian Squabbles’ Red Van. It was a joy to see the children having so much fun whilst having their creativity stretched.

The Arts Society Henley is extremely grateful to many of its members and friends who gave so much of their time to help at these workshops. 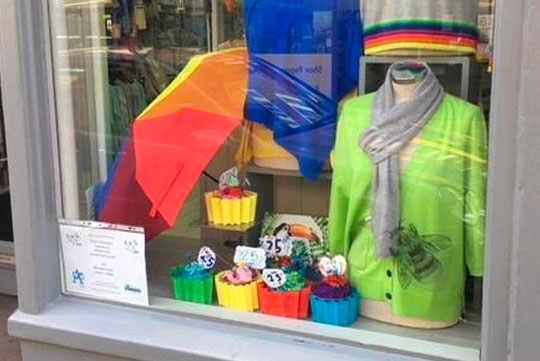 There are currently no upcoming events of this type, please come back later